We live in a digital world where we are surrounded by smartphones and digital cameras. This makes it convenient and easy for us to snap away taking photos on almost anything. Photos are possibly stored away as memories or used for evidence and recording purposes or the content is shared online. Statistics show that each day we are uploading and sharing at least 400 million photos onto Social Networking platforms. That is a lot of photos being shared each day!

However, there are times where we wish to protect our privacy and anonymity with our photos. Most of us have probably used this crude method at some point of time where we blacked out the sensitive areas of the photos by: masking, blotting out or heavily pixelate the sensitive areas so that it is obscured, unrecognisable and unreadable.


This may be done for many reasons such as:
Even after blacking out sensitive areas of the photo we still ponder: is the photos that has been blacked out really blacked out? Surprisingly, the correct answer to this question is: "it depends"...

Photos are generally stored and exchanged in the JPEG format and may contain thumbnails within the photo metadata. To explain this more simply, your photos may contain hidden metadata which may also include thumbnails.

Thumbnails are generally smaller pictures of the main photo embedded within the actual photo itself. Its purpose is to help rendering the photo quickly on computers and devices without having to process the full-size photos which may be more demanding on resources and processing power. Thumbnails are generally used in showing those small picture-icon or previews when browsing your photos and so on.

Most of us are already familiar with the fact that photos can store metadata and have heard of the word EXIF (Exchangeable Image File Format). EXIF generally contains information about your camera, and potentially where the picture was taken (GPS coordinates), thumbnails, authoring and copyright information, serial numbers, proprietary information and other content. Some of this content raises questions regarding privacy concerns.

There are many readily available free EXIF tools or EXIF viewers online that can show you the EXIF metadata content within photos. However, the EXIF is only one form of metadata. There are many other types of hidden metadata that is just as concerning. snapWONDERS analyses all metadata content including the JPEG headers / structures and displays all the metadata. In addition, photos are automatically assessed for privacy and copyright concerns.

We found that depending on the smartphone or camera manufacturer, there can be between 1 to 4 thumbnails hidden within a photo and sometimes an extra 2 to 3 high resolution large photos if MPF (multi-picture format) metadata was used. 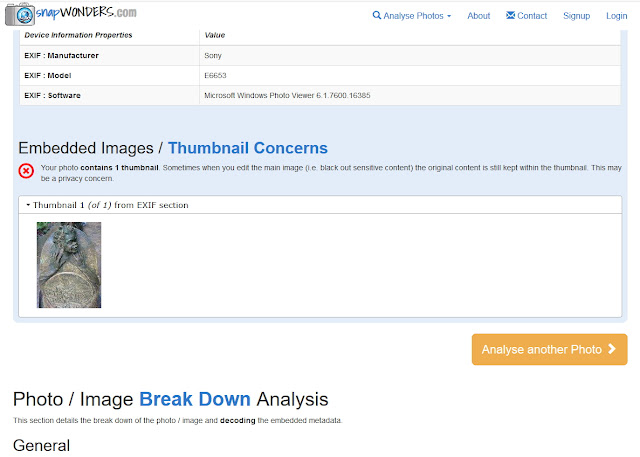 Thumbnails are usually embedded in the EXIF metadata, as well as sometimes within the Adobe, Photoshop, XMP, JFIF and other metadata sections along with other personal information. High resolution large photos are stored within MPF sections and sometimes may contain differing angle photo shots from the main photo (i.e. a side photo shot on a different angle).

This means if you black out photos you need to ensure that all thumbnails are also blacked out as well. Otherwise your privacy is still at risk as the original blacked out content may be extracted from the thumbnails.

At snapWONDERS we care about privacy and copyrights especially in relation to digital photos. If you have anything to share about hidden metadata within photos or discovered a smartphone or camera that is a privacy concern, then we would be interested in learning more. Meanwhile, snapWONDERS can automatically assess privacy and copyright concerns with digital photos online.
blacked out EXIF metadata photos privacy snapWONDERS 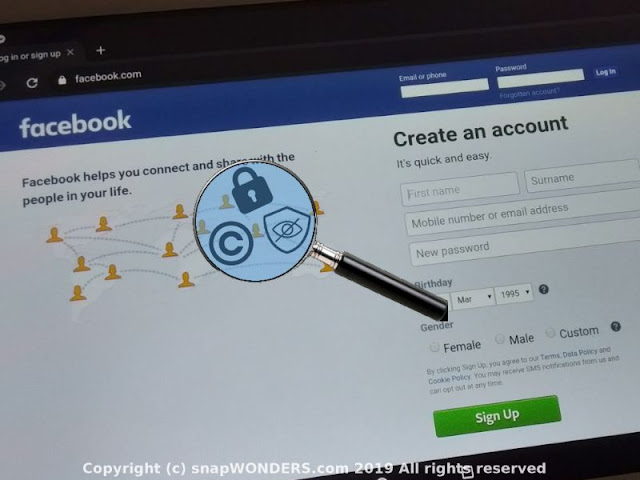 Imagine my surprise when working on snapWONDERS that exposes privacy, copyright and tracking concerns online to find that Facebook actually added Metadata to all photos when uploaded. The article covers the details: https://snapwonders.com/article/facebook-adding-metadata-hiding-special-instructions-in-photos 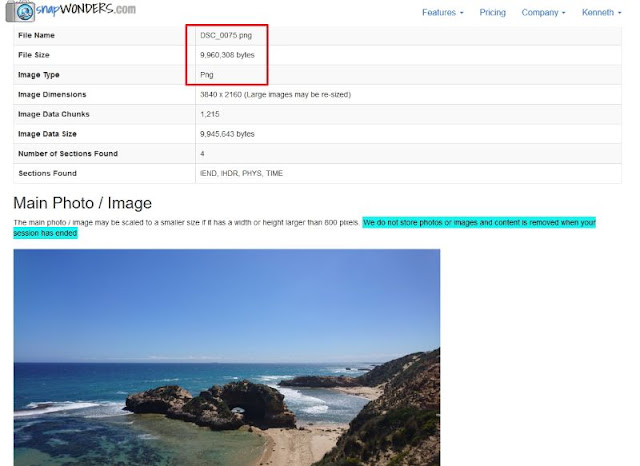 At snapWONDERS we are really excited to announce that we now support PNG files. This is the format likely to be chosen by your smartphone when doing "screenshots". You can read more at: https://snapwonders.com/article/snapwonders-supports-png-files 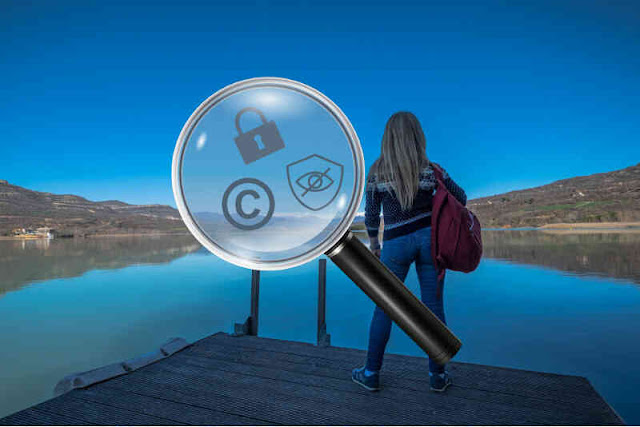 We are pleased to announce that snapWONDERS has an Hidden Service on the "Deep Web". You now can use the Tor browser or Tails with snapWONDERS. Browsing Safely - We care about your privacy!   The official Onion URL link is: swonderstzr43aczpcwdoyc25vwxngyromja7pyb5sf26ap3v535sxqd.onion   Read more: https://snapwonders.com/article/browsing-safely-we-care-about-your-privacy